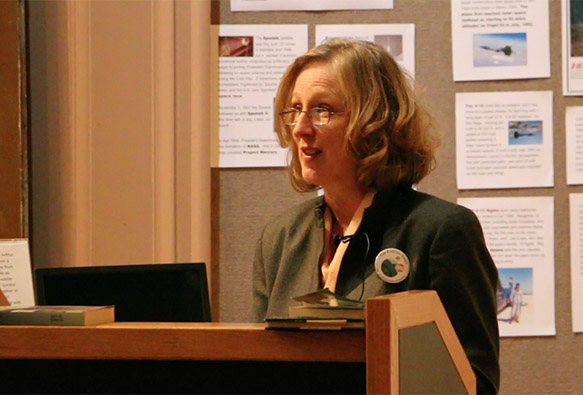 Lynette Brenzel, the Executive Director of the Marion Heritage Center & Museum has announced her plan to retire at the end of August. Brenzel has directed the Marion Historical Society’s operations for the past nine years. Exhibits and programs she has worked on have included former Marion leaders, oldest businesses, railroads, and the Lincoln Highway. In 2019 she collaborated with Rockwell retirees and other local groups to bring the Arthur A. Collins Story to life. This exhibit also commemorated the 50th anniversary of the first moon landing.

Before coming to the Marion Heritage Center, Brenzel served as a regular volunteer for the Granger House and the UI Museum of Natural History. Marion Historical Society president Jay Kacena said, “Replacing Lynette will be difﬁcult. We wish her well in her future endeavors. I know they will be as beneﬁcial for the community as the past nine years.”

An Ice Cream Social recognizing Lynette will be held on Sunday, August 29, from 2-4 p.m. at the Marion Heritage Center. (We assume repairs at the facility will be completed. An alternative location will be announced if needed.) The retirement party will feature a make-your-own ice cream bar.

The Marion Historical Society, Inc. is a membership organization that seeks to preserve and celebrate the history of Marion, Iowa. Those interested in a position with the Marion Heritage Center may find a description of the position on our home page. 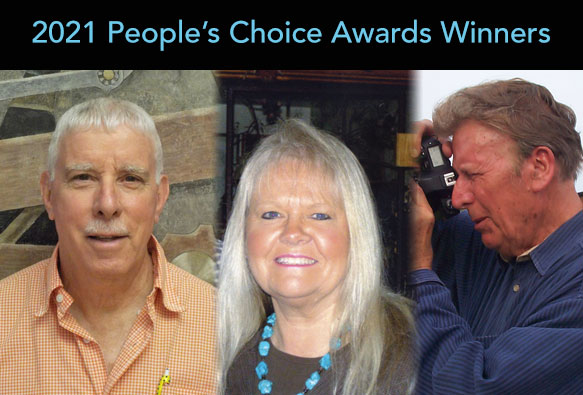 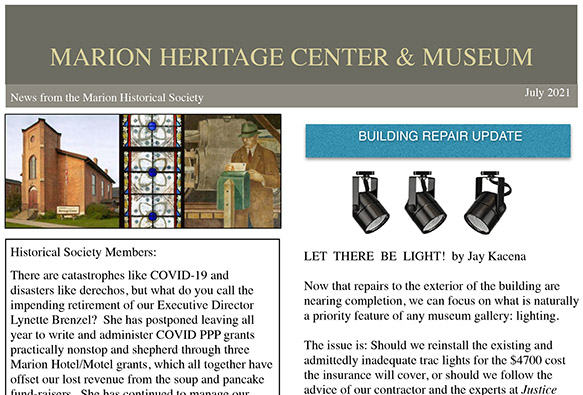